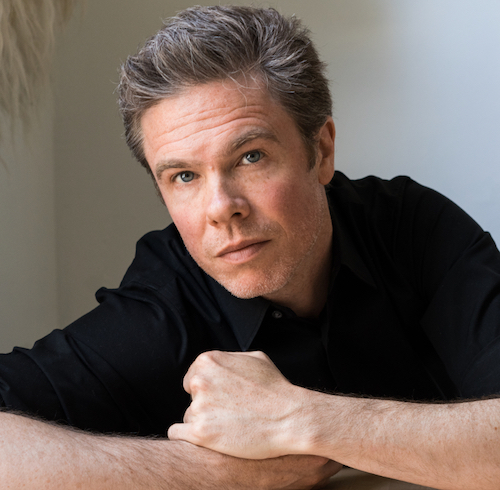 Josh Ritter‘s acclaimed 20-year career as a songwriter and musician reaches new heights with the release of his ninth full-length album, Gathering. Along with his loyal bandmates, the Royal City Band, Josh returned to the studio with more songs than he’d ever had before at one time. Reenergized after a recent collaboration with legendary musician Bob Weir (who also contributes vocals and guitar to a song on Gathering) and –at the same time — tired of living in the shadow of his earlier self, Josh felt charged with exploring the possibility of cutting himself loose from his own and others’ expectations. In his words, “I began with an exciting sense of dissatisfaction, and what emerged, as I began to find my voice, was a record full of storms. I still can’t tell what era these stories are from. They feel part roustabout, part psalm to me.”

A songwriter, a musician, a New York Times best-selling author, a painter, a consummate performer. Josh Ritter encompasses all of these descriptors and more. He is a true artist, one who is not afraid of growing, changing and constantly challenging earlier versions of himself. Here, two decades into his storied career, Josh Ritter is just getting started. 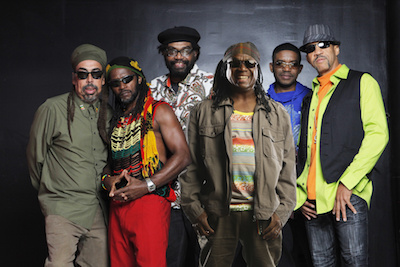 Celebrating 45 years, ‘Reggae Ambassadors’, THIRD WORLD is one of the longest-lived Reggae bands of all time, and one of Jamaica’s most consistently popular crossover acts among international audiences. Mixing in elements of R&B, funk, pop, and rock and, later on, dancehall and rap, Third World’s style has been described as “reggae-fusion”.

With 10 Grammy nominations and catalogue of charted smash hits (including “Now That We Found Love”, ”96 Degrees in the Shade” and “Try Jah Love” ) spanning over four decades, sold-out tours, a vibrant and loyal fan base and inspirational messages, one may wonder, “Where did it all begin? What gives Third World the staying power so rare in the music industry?” Third World is more than just one of the top Reggae bands of all time, it is an institution that stands for producing and performing music that, while holding firm to the cultural and ancestral roots of its members, still pushes forward the cutting edge of music worldwide. It is an institution whose themes are positive, progressive and internationally relevant: an asset to any size festival or event.

Third World has performed to thousands of music fans on 6 of the 7 continents: TW toured & recorded with late great Bob Marley, including opening for Marley’s first world tour in 1978. TW recorded and toured with master blaster Stevie Wonder, who produced 2 of their albums in the 80’s released with CBS. They toured America with legendary guitarist Santana, opened for the Jackson 5’s first concert in Jamaica, shared stages throughout the world with the Bono of U2, Sting, The Police, Whitney Houston, Wyclef Jean, Lauryn Hill, Jimmy Buffet, Eric Clapton, Marc Anthony and more.

We invite you to be entertained by the Reggae Ambassadors, THIRD WORLD! 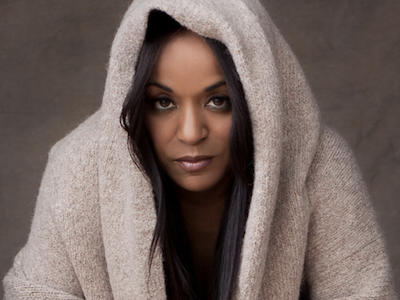 It’s telling that after so many years, the Hopewell, N.J. native— who first picked up a guitar at age 12, released her debut album in 2005 and has opened for the likes of Buddy Guy, Derek Trucks and Bon Jovi—is still looking for fresh ways to say hello to audiences. Though she’s constantly evolving as an artist, Cotton’s quick to point out that she’s always managed to remain herself.

“I still stayed true to myself because to me, I had to keep redefining success along the way and decide what it is I truly wanted,” she says. “Did I want adoration or did I want a certain level of artistry and acknowledgement from my peers versus fans? And I keep redefining and answering that question over and over again. I believe I’ve stayed true to who I was in the process, so that’s a deep thing. I went the long route, but I wouldn’t do it any other way. My first entertainment lawyer, Jaimie Roberts, always said ‘if it comes quick, it doesn’t last.’ If it’s a slow build, you’ll get there and you are much more likely to have longevity.”

She’s still here, and she’s got no plans to leave. 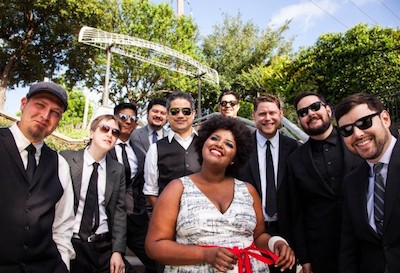 There is a contagious and combustible energy every time the eight-piece wonder-band The Suffers steps on the scene. NPR’s Bob Boilen attributes the band’s allure to their “Soul, straight from horn to heart.” He adds, “This band is on fire when it’s in front of an audience…but the intensity of their shows are also captured in the studio.” Following The Suffers’ electrifying late night TV debut on Letterman in 2015, David Letterman exclaimed, “If you can’t do this, get out of the business!” There is something undeniable about The Suffers (whose name is a reference to the 1978 Jamaican film Rockers starring Leroy “Horsemouth” Wallace, Jacob Miller and Burning Spear, among others), that instantly hits home with their audiences. “We make music for all people,” says lead vocalist Kam Franklin. “At this point, we’ve played all over the world and one thing is certain – if the music is good, the people will enjoy it.”

Since 2011, the H-Town heroes have been on a steady grind and have no plans of stopping. It seems the secret to their success is simple. Keyboardist Patrick Kelly confides, “There is a universal groove in the music that we play,” while bass guitarist Adam Castaneda adds, “I don’t think any of us are trying to impress anyone with our technical abilities, we just want to make them dance.”

5:36 – Whitney Jackson
Smooth and sultry fusion of Soul, Jazz, R&B, Afro Beat and Hip Hop! Her music will take you on a thrilling ride through space and time.

7:15 – Danielia Cotton
This Hopewell, N.J. native has opened for the likes of Buddy Guy, Derek Trucks and Bon Jovi. With an equal emphasis on rock, jazz, and soul — and with roots in gospel — New York-based singer Danielia Cotton draws on a wide range of influences, from Led Zeppelin and The Rolling Stones to Mavis Staples and Etta James.
Website: http://www.danieliacotton.com/

8:45 – Third World
One of the longest-lived Reggae bands of all time, and one of Jamaica’s most consistently popular crossover acts among international audiences. Mixing in elements of R&B, funk, pop, and rock and, later on, dancehall and rap, Third World’s style has been described as “reggae-fusion”.
Website: http://www.thirdworldband.com/