The full music schedule of our two-day festival is here.

Galactic, Funk Yeah! and Friends of the Brothers will headline Maplewoodstock 2022. 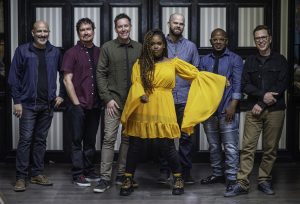 Galactic — the renowned New Orleans based instrumental outfit taking a distinctly contemporary approach towards their own progressive sound, interpolating modern rhythms and electronic instrumentation within the house-shaking framework of the Crescent City’s funk pop ‘n’ roll — will play Sunday, July 10, 2022, at 7:40 PM.

Find out more about Galactic at their website:  www.galacticfunk.com 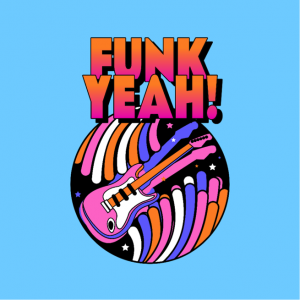 Additionally, Funk Yeah! will be a Featured Act on Sunday evening.

What do a bunch of seasoned musicians do when they are not touring with their bands? Create a 70s funk band of course! The band has a solid pedigree of national touring experience. Tommy Bowes (lead vocals) was the lead singer for Tower of Power for 7 years and was also in Blood, Sweat & Tears. Tom Timko (sax) has played with Blood Sweat &amp; Tears, Toto, Aaron Neville and Gloria Estefan.

Also on sax is Dave Mullen, who has played with Nile Rogers, Gloria Gaynor, Parliament Funkadelic and The Brand New Heavies. Chris Vitarello (lead guitar) was in Butch Trucks &amp; The Freight Train Band. Andy Huenerberg (bass) has played with blues greats Hubert Sumlin &amp; Dave Fields. Rounding out the band are 2 local Maplewood musicians (Lee Finkelstein – drums, Dave Pressel – keys). Lee has been the drummer for The Blues Brothers for over 15 years and has played with Blood Sweat & Tears as well as Tower of Power. Dave has played keys with Gil Parris and Bernie Williams 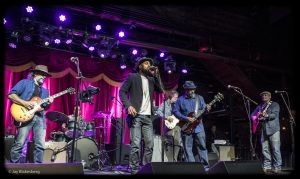 The Friends of the Brothers celebrate the music of the Allman Brothers Band. With members closely associated with the original band, they continue the brotherhood with passion, committed to the ideals of every night being special and unique.

Guitarist/singer Junior Mack has fronted Jaimoe’s Jasssz Band for 12 years. Guitarist Andy Aledort played with Dickey Betts for 12 years. Singer Lamar Williams Jr. is the son of the ABB bassist and performed with the band. Singer/guitarist Alan Paul is the author of One Way Out, the definitive, best-selling Allman Brothers band biography based on 25 years of interviewing the band. The band is rounded out by Lee Finkelstein, Dave Diamond, Craig Privett and Eric Finland, veterans of stalwart bands the Zen Tricksters, Original Blues Brothers Band and Joe Louis Walker. Paul and Finkelstein are Maplewood residents. 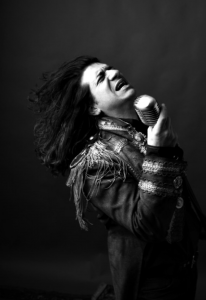 Find out more about Alexander Kariotis at his Facebook page: https://www.facebook.com/AlexanderKariotisMusic/ 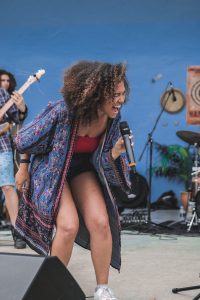 Autumn Jones is a singer-songwriter from Maplewood, New Jersey, and a recent graduate from Berklee College of Music in Boston, MA. The soulful R&B she creates is an expression of her life experiences as told through her stories and in each of her songs, which are available on all major platforms.

She has had success performing in the Boston area at venues such as City Winery, Ryles Jazz Club, Midway Cafe and Hard Rock Cafe. She’s also had recent success in New York City, New Jersey and Spain with her performances at Silvana in Harlem, Rockwood Music Hall in Manhattan, Radio City in Valencia and the annual Maplewoodstock festival in NJ.

Find out more about Autumn Jones on her website: http://www.autumnjonesmusic.com